I haven’t lived through a pandemic like this before. I remember SARS, but it didn’t affect me. I remember Ebola, but that was just on the news. This pandemic has touched me though. Not because I am infected, or even know anyone who is, but because it has brought light to the ways I, and so many like me, have already experienced social isolation, working from home with deadlines and little ones, housing uncertainty, mental health struggles, involuntary separation from my daughter and loved ones, urban loneliness, job insecurity, jumping through hoops to get government assistance in times of anguish, not being able to go to bars and restaurants because we couldn’t afford it, struggles to keep the rent paid and food on the table, anxiety, depression, sleepless nights. Feeling like I am in a city, but on the outside looking in. 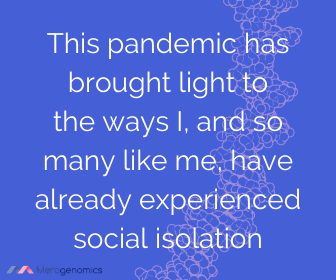 In fact, many of my artistic friends and I joke that we have spent the last two decades preparing for this. And funnily enough, it’s not them freaking out to me on the phone about the pandemic. They’re meditating and making stuff. Going for walks in the trees and tending to indoor grow ops of food and medicine. They’re sending me links to poems and songs. They’re performing house concerts. Many of them are drawing on the strength and skills they were forced to learn a long time ago - you know when people were calling them “dreamers” and “hippies” and “artists” like those were swear words.

It’s the people I know who are used to the rewards of playing the game that seem the most anxious. The ones who define themselves not by their passions or roles in a community but by their jobs and their assets and their sense of entitled security. They go to work, buy a house, maybe have an investment condo, a vacation house, they plan for retirement, they go on vacation, and pay for the services they can’t do themselves – like making food, or watching their kids or taking care of their elderly parents. They expected to be rewarded for their service to “the rules”, even if the “rules” were at great expense to those around them – people they maybe didn’t have to see or empathize with. People who served them. The “lazy” and invisible ones. The seniors shut in and forgotten in condo towers and care homes. The temporary foreign workers. The homeless and mentally ill who are maybe homeless and mentally ill because they have already survived many versions of their own personal pandemics and would rather be sleeping outside than in the cramped and peopled shelters frequently filled with other disease because true affordable housing and mental health services are not in abundance like they should be – until the populous starts crying out in pain… then we start to do something. 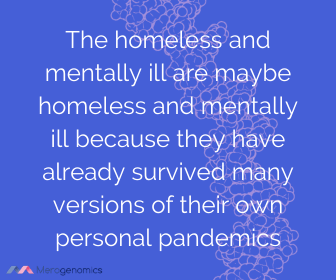 So without being cavalier about the loss of human life this pandemic will have, I can’t help but feel hopeful. Because this pandemic hurts. It’s scary. It’s eating away our egos and our savings and our certainty. Soon there won’t be enough Netflix shows to keep us numbed out, and the dating games and 9 to 5 rituals that occupy so many of our thoughts can no longer be a distraction. We are seeing who the really valuable relationships are, and who the really valuable workers are… and they aren’t necessarily just the ones with the degrees and high wages. They are people who know how to heal and clear garbage and organize things and feed us and grow things and make things and clean things and fix things and create things. They are our animals and children and friends we can’t hug, and those old enough to remember and remind us that, yep, we will get through this.

In this discomfort, we also have a chance to see if so many of the things we thought were so important were really SO important… like starchictecture towers and micro-condos? Expensive car loans? Mortgages we can hardly keep up with? Sea-polluting cruises and contaminated Cruise-ship like retirement homes for our elders?

We now have a chance to say what kind of cities we want to design by looking at the ways they are failing us now, and by also leaning into the ways they are surprising us. I know for me – someone living alone and mostly separated from my daughter – it’s the wild spaces that are keeping me sane. Places where I can walk in the trees without having to worry about social distancing. It’s being in an apartment that is central and affordable and at the treeline so I can watch the sidewalks and birdlife and see life happening, even while death is looming. I need that. My spirit needs that. I’d like to live in a community unit, but I’m single and my small apartment is not as attractive to my 12-year-old who has a house at her dad’s. 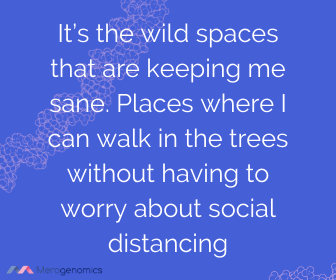 High-rise condo developers don’t care about me or my thoughts. When the market is right, this place will be dozed. Me and the birds will be displaced. Because Dozers like to cut down the trees that get in the way, and developers like to stack people so high they are really really isolated, and sometimes really really broke to get that high. They don’t care that right now I like this old place. It’s holding space for me in an epidemic. I have a landlady who came to me before I had to go to her, saying it’s ok if I can’t pay rent on time since I don’t qualify for government funding. I have neighbours in the same boat who aren’t hoarding supplies, they’re asking me if I need anything.

The ways that urban planning can change after this pandemic are ways that they already could have changed a long time ago. A good place to start would be this: stop treating housing as an investment. Shelter is part of our human birthright and one of the essentials on Maslow’s Hierarchy of Needs. This means that just like you don’t get to hoard toilet paper and hand sanitizer because you’re scared (that makes you a shitty neighbour), you also don’t get to hoard houses while many of your neighbours have none. And if you want to tell me that universal housing for humans is impossible because of markets etc... I will remind you that when we really think something is important, we are indeed able to pull billions of dollars out of magical places at the drop of a hat in order to serve the “new normal.” So why not declare the right to housing dignity “the new normal” and put the measures in place to make it happen. 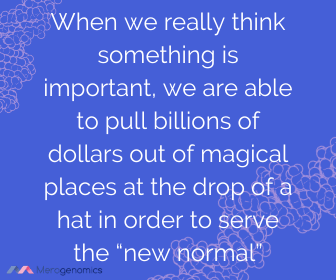 Second. That huge empty plot across the street from me that used to have houses for artists and musicians and drug dealers, will sit empty and then be turned into multiple condo towers. Here’s a better idea. Food. I want to see centralized food production in every community. Gardens, bees. No food deserts. No needing a car and public transit just to get something to eat. Communities should have food for the residents. And also, they should have centralized organizing committees preparing in advance for these types of emergencies. If we had designated food stations and labour stations, we could know who needs what and limit the amount of people in public markets during pandemics such as these, and distribute through centralized locations in a similar way that a food bank operates.

Here’s another idea. Can we please stop putting our most vulnerable treasures into seniors homes and calling it an upgraded lifestyle? How about we start building more cohousing communities. This way people can age in place and isolate together as community units and the most vulnerable aren’t stuck alone with hundreds of others of the most vulnerable being cared for by strangers, who I am sure don’t get the option of being laid off and I’m guessing would rather be at home with their own families. This could also solve problems for people co-parenting. In co-hosing they can maintain a family unit and still have private space so that households are not isolated from each other in pandemics. It would certainly help the children too if they can learn together in cohousing cohorts if schools are closed – and their parents who may have to work from home will not feel so overwhelmed by the juggling act. This way cohousing communities could also monitor resources and illness on a smaller scale, while also working within larger neighbourhoods and bigger cities. We need to compartmentalize the municipal government systems and give more planning agency to zones and neighbourhoods led by the people, who then work in partnership with the municipality, and then the province etc… 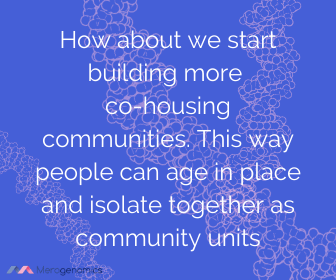 We have done a fantastic job of building our modern cities with architectural gestures and community designs that like us to think we are powerful individuals with purchasing agency and sovereignty and options and choices for personal pleasure - with infinite access to resources and possibility, and nameless workers gathering our every wish from Amazon warehouses. Unfortunately, many of us have forgotten that we are actually part of a big interconnected ecosystem that needs us to work and behave as if we are part of the big picture and not separate from it.

My post-pandemic dream for Alberta’s cities is that we start to collectively act as if we are working together on a team that has enough space for artists and scientists and engineers and planners and mechanics and farmers and children and seniors and birds and bees and coyotes and poplars and rivers and grasslands and sacred lands - that WE change the rules of the game so that the “reward” is not in how much we accumulate, but instead is in how much we can share with each other. 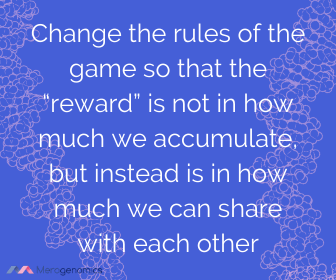 And if you think this is impossible – that I’m just a hippie, or a dreamer or a well-intentioned artist (or my personal favourite – a “socialist”) I actually heard my 75-year-old dad after weeks of going stir crazy isolating alone in an apartment, say how pleasantly quiet the city is downtown since the pandemic and that maybe we shouldn’t have so many cars, and if we do they should be electric. This a man who HATED bike lanes. This is a man who is not at the peak of “change.” So if HE can say that, I do believe that anything is possible. Like a guaranteed basic income. A co-housing revolution. And while I’m in the dream state anyway, maybe even one day, happy PEOPLE hanging outdoors in Calgary public spaces after 5. But I’m fully aware that might be taking it a step too far. 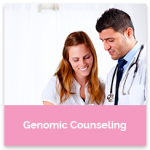 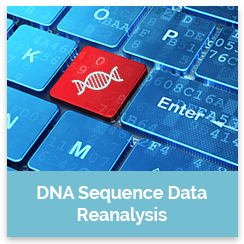 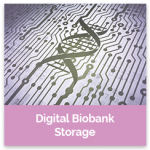 POSTS IN THE CATEGORY

Ethics
BACK TO CATEGORIES 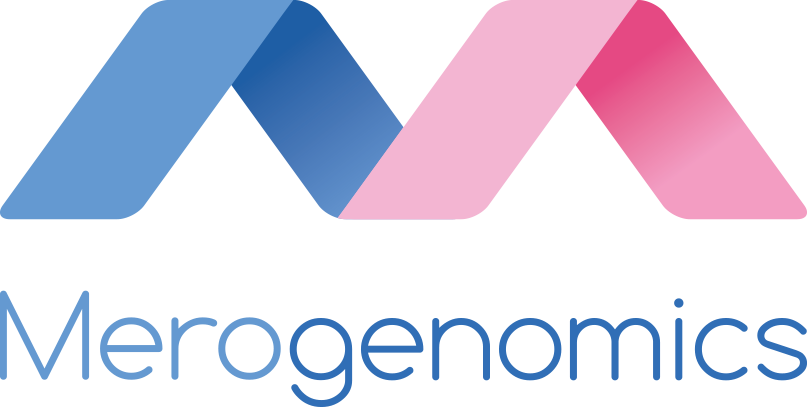